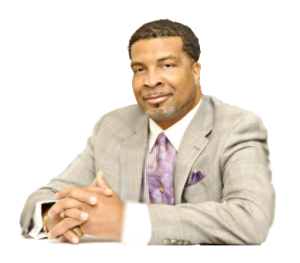 Claude E. Holmes was born on November 18, 1924 to the late Conrad & Louise Holmes in Warrington, Florida. Claude attended public schools in Escambia Country and received a Mortuary of Science degree from Atlanta, College of Mortuary Science. At an early age Claude, Sr. united himself with the Zion Primitive Baptist Church in Pensacola, Florida and later united with the St. Mary Baptist Church in Haines City, Florida.

Throughout the life of Claude, Sr. he not only inspired his family but the community family, also.

He had a way of touching each person he met in a different way and he was always a helping hand in your time of need.

He not only served the community through the funeral business but he in more ways than one was the community. He left a trail of accomplishments and an unforgettable legacy. Claude, Sr. is the founder of Claude E. Holmes and Son Funeral Home. He started the Holmes Villas Complex, Parkview Village Complex and Day Care Center, the Northeast Day Care Center, the Haines City Community Development Center, and the Valencia Hills Housing Project. He was the First Black Mayor in 1973. He also held the position in 1975, 1977, and 1982. Claude. Sr. was chosen as Man of the Year in 1977-1978 and chosen for the honorary Citizen of the Year in 1983. He also sponsored the Oakland Civic League. He received the Outstanding Community Service Award in 1986. Claude, Sr. also received the Beautification Award.

He also had a hand in the street paving (including Holmes Drive), Downtown Redevelopment, Mayor’s Youth Council, securing of Federal Grants, locating of County Annex Building and extending of services locally by the Social Security Administration. Serving the community wasn’t a complete fulfillment for Claude E. Holmes, Sr. He felt he needed to lead so others could follow. Claude, Sr. was the member of not only the National Black Mayor’s Conference, but also of the Haines City Civic League, the Florida’s Mortician Association, a member of the Licensed Funeral Director and Embalmer, the Elks, the Masonic Lodge, and the Miracle Hills-Board of Directors. The membership did not stop there. He was a member of the Haines City Chamber of Commerce, the Treasurer Emeritus of the Primitive Babptist Association, the Polk County Opportunity Council Board Member and a veteran of the Army Air Force in World War II.

Despite his busy schedule he still found a little time to love and along the way married the lovely Wilhemena Wilson Holmes. For every action there is an outcome and the outcome of there everlasting love was a little boy named “Junior” – Claude E. Holmes, Jr. that is. Well life as a little boy in growing up in funeral homes was everything but normal. He had his share of dead bodies as toys, digging graves as punishments, and picking up caskets as his driving lessons. As Poverbs 22:6 states “Train up a child in the way he should go: and when he is old, he will not depart from it.” Well, Claude, Jr. never departed the family business but better yet he and his lovely wife, Deliria is the family business. They took Claude E. Holmes and Son Funeral Home, to Holmes Funeral Home to the ever present Holmes Funeral Directors. Hand in hand, Claude and Deliria didn’t lose faith after they lost the original funeral home but looked to hills from which cometh their health and rebuilt a facility that is now the talk of the country. A vision of one man turned out to be a vision of an entire community.